“If you’re in the luckiest one percent of humanity, you owe it to the rest of humanity to think about the other 99 percent.” –Warren Buffett

“Service to others is the rent you pay for your room here on earth.” –Muhammad Ali

“Let our New Year’s resolution be this: we will be there for one another as fellow members of humanity, in the finest sense of the word.” – Göran Persson

“There is no higher religion than human service. To work for the common good is the greatest creed”. –Woodrow Wilson 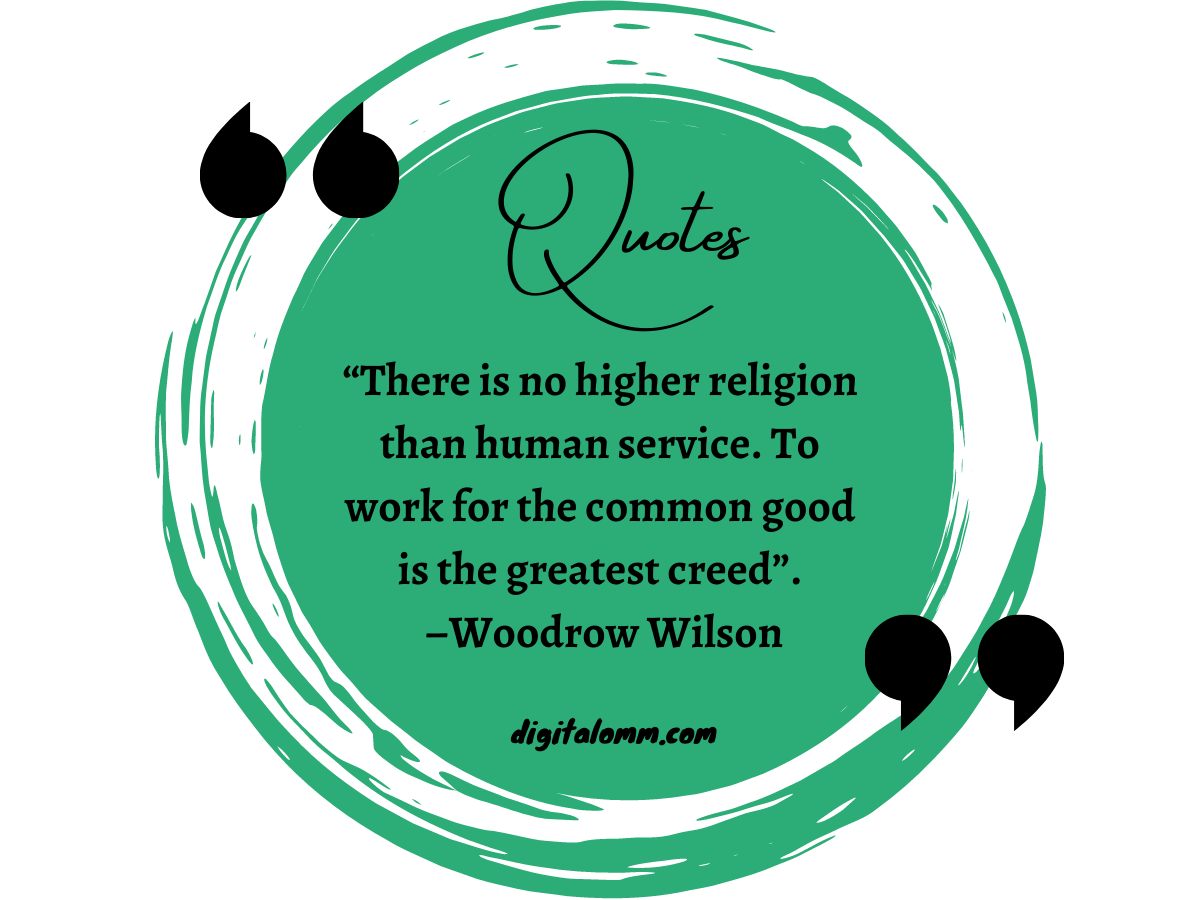 “During bad circumstances, which is human inheritance, you must decide not to be reduced. You have your humanity, and you must not allow anything to reduce that. We are obliged to know we are global citizens. Disasters remind us we are world citizens, whether we like it or not.” – Maya Angelou

“The purpose of human life is to serve, and to show compassion and the will to help others.” – Albert Schweitzer

“Here I am. I claim my humanity with no fear and no limits. Here I am.” – Oprah Winfrey

“Humanity’s next state is rising above ourselves for the sake of our common unity.” – Anonymous 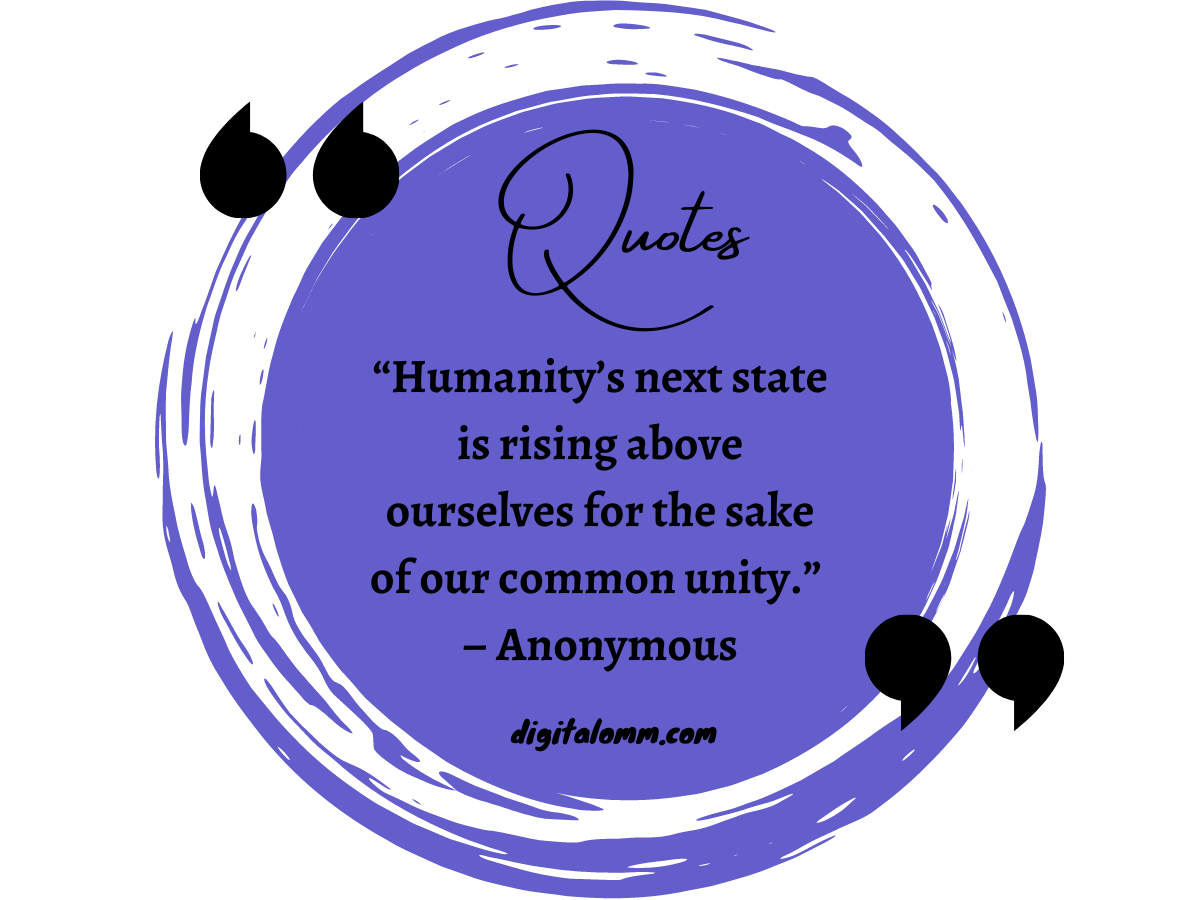 “Human nature is not obliged to be consistent.” – Lucy Maud Montgomery

“The average man doesn’t like trouble and danger. “ – Mark Twain

“It is human nature to think wisely and act foolishly. “ – Anatole France

“Two things are infinite: the universe and human stupidity: and I’m not sure about the universe.” – Albert Einstein

“When freedom does not have a purpose, when it does not wish to know anything about the rule of law engraved in the hearts of men and women, when it does not listen to the voice of conscience, it turns against humanity and society.” – Pope John Paul II

“One way or another, we all have to find what best fosters the flowering of our humanity in this contemporary life, and dedicate ourselves to that.” – Joseph Campbell

“Love and compassion are necessities, not luxuries. Without them humanity cannot survive.” – Dalai Lama

“Who are we as human beings if we ignore the suffering of others?” – Anonymous

“Those who teach the most about humanity, aren’t always humans.” – Donald L. Hicks 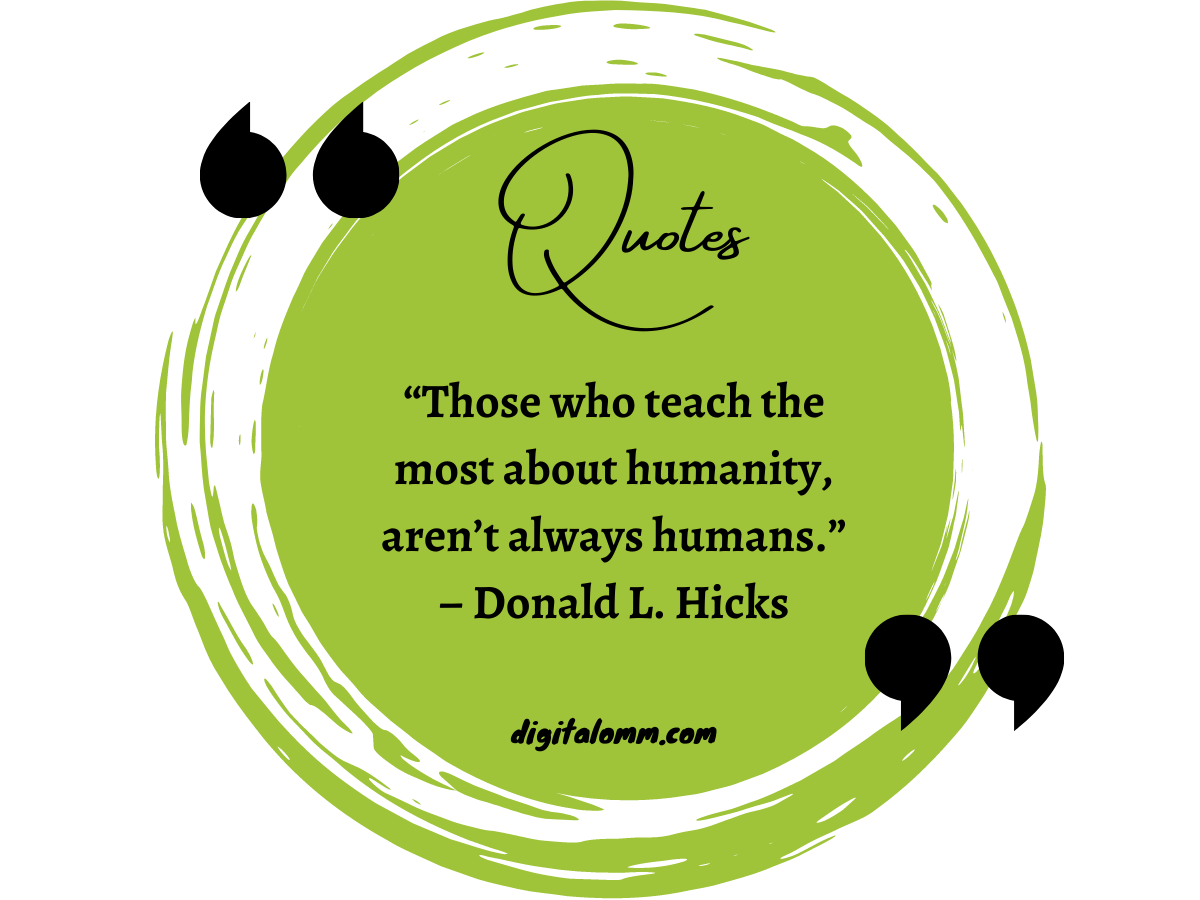 “How many disasters do we need to unite humanity?” – Loesje

“Humanity, take a good look at yourself, inside. You’re a world – everything is hidden in you.” – Hildegard of Bingen

“We are all cells in the same body of humanity.” – Anonymous

“Benevolence is the characteristic element of humanity.” – Confucius

“Let’s not lose hope in humanity, instead live to help others. We can make a difference.” – Anonymous

“Love is the crowning grace of humanity, the holiest right of the soul, the golden link which binds us to duty and truth, the redeeming principle that chiefly reconciles the heart to life.” – Anonymous 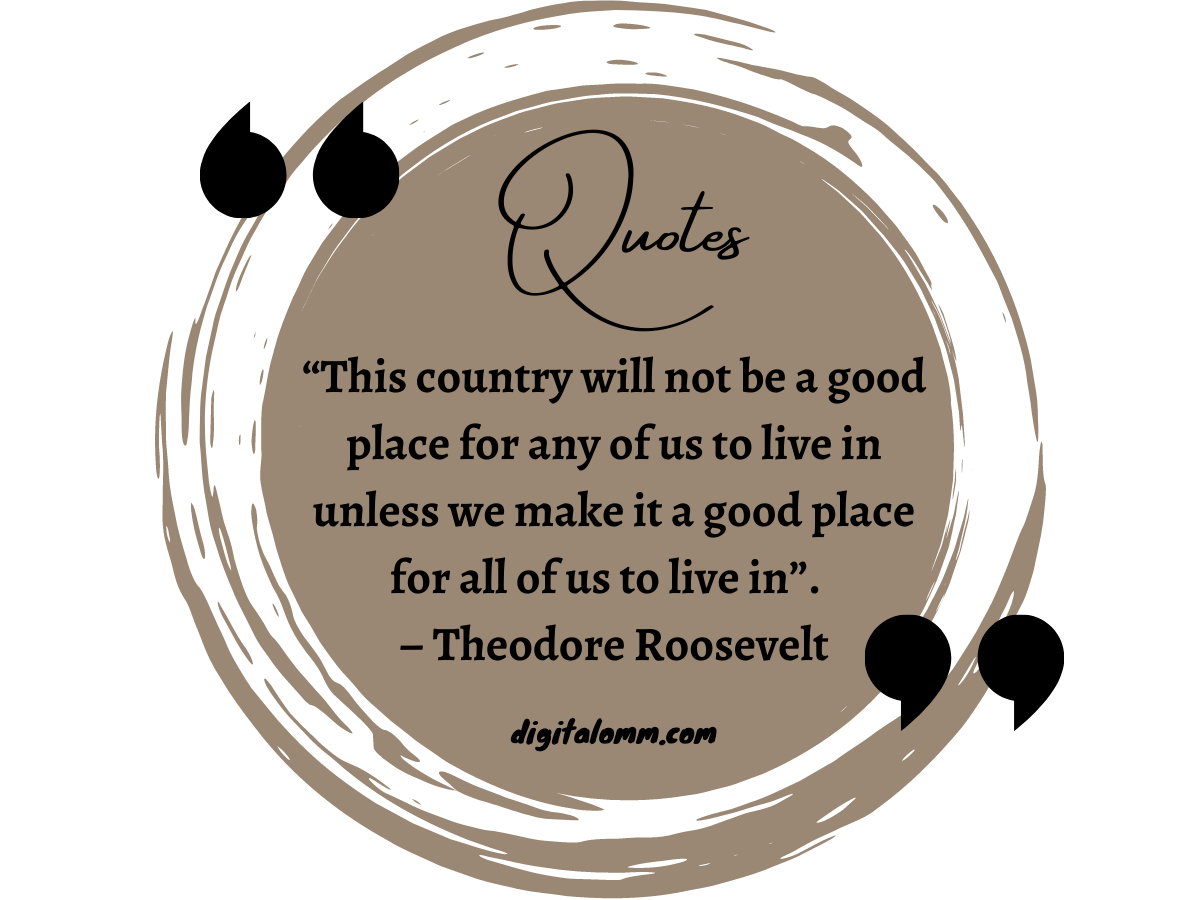 “The bond of our common humanity is stronger than the divisiveness of our fears and prejudices”.  – Jimmy Carter

“You want to max out your humanity by using your energy to lift yourself up, your family, and the people around you”.  – Oprah Winfrey

“My humanity is bound up in yours, for we can only be human together”.  – Desmond Tutu

“Benevolence is the characteristic element of humanity”.  – Confucius

“You must not lose faith in humanity”.  – Mahatma Gandhi

“The weak can never forgive. Forgiveness is the attribute of the strong”.  – Mahatma Gandhi

“The golden way is to be friends with the world and to regard the whole human family as one”.  – Mahatma Gandhi

“Who so lives for humanity must be content to lose himself.” – Octavius Brooks Frothingham

“By serving humanity, I automatically serve myself.” – Vironika Tugaleva

“The sole meaning of life is to serve humanity.” – Leo Tolstoy 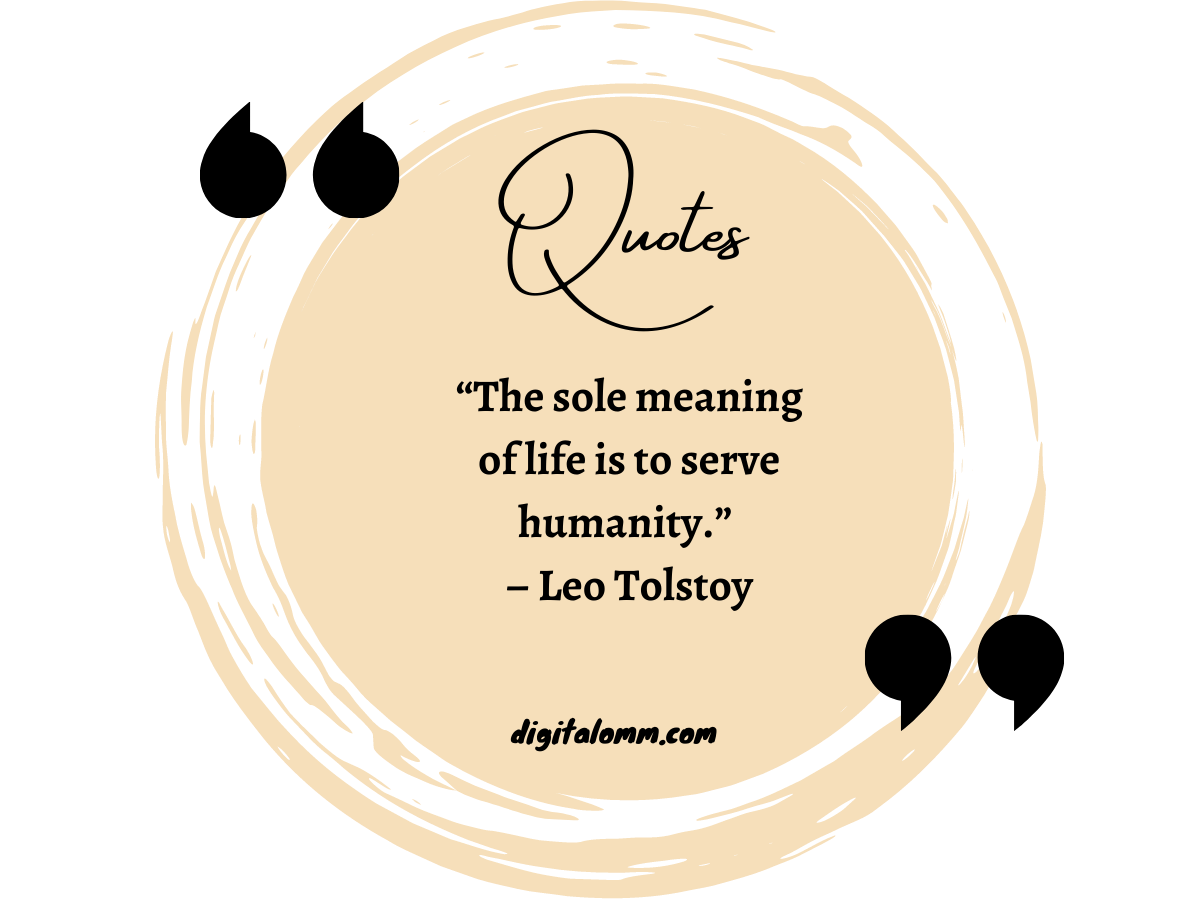 “My work is about helping humanity.” – Agnes Denes

“Moral courage is the highest expression of humanity.” – Ralph Nader

“You don’t need a reason to help people”. – Unknown

“Sometimes a hug is worth more than a thousand words”. – Unknown

“If you want to grow, give up everything that pulls you down”.

“There is only one way to live life without any regrets”.

“What’s broken can be mended, what’s hurt can be healed. No matter how dark it gets, the sun’s gonna rise again” – Meredith Grey

“My life is without love now and it feels like no life at all”. 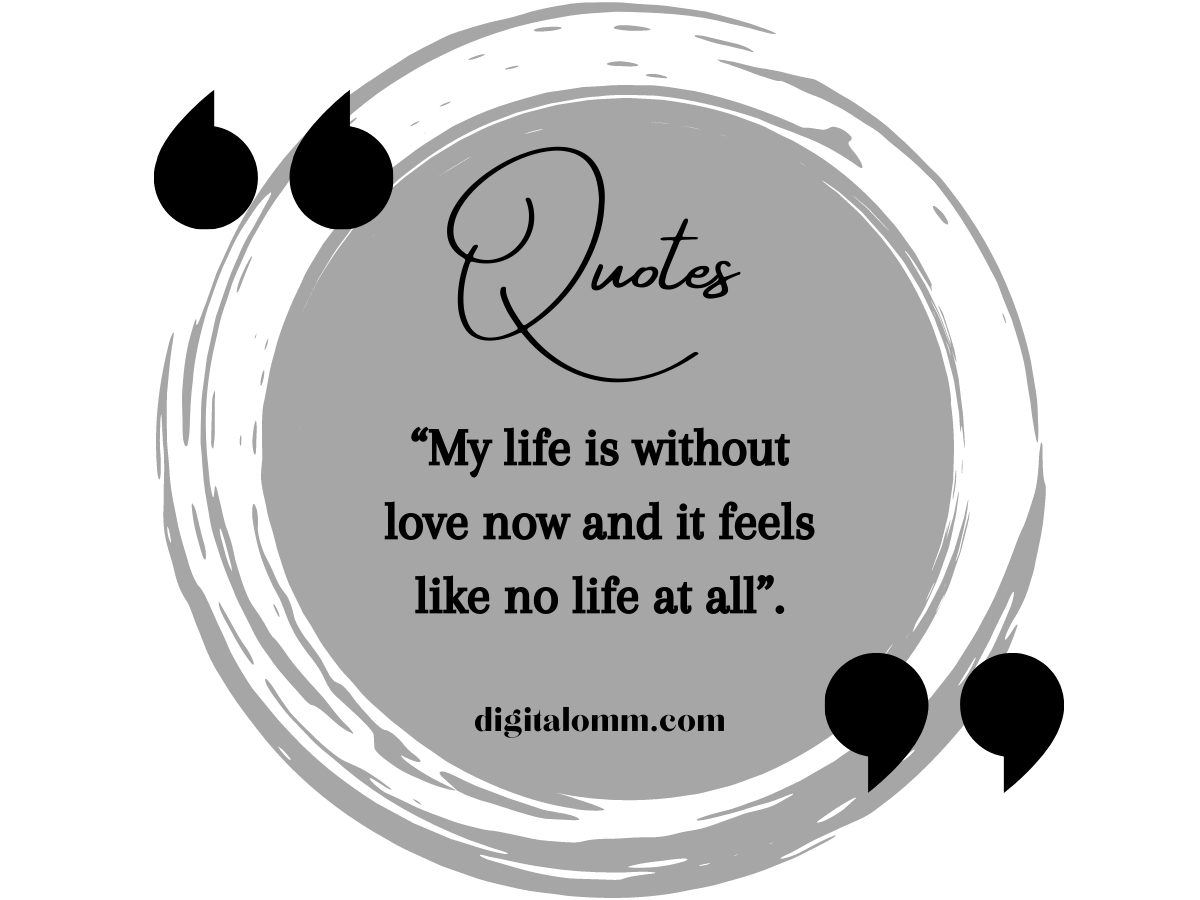 “You took my heart and broke it. All the pieces shattered and my mending is slow and painful”.

“Life is like a recipe with all perfect ingredients”

”Be confident enough to conquer your dream”

“My Heart IS Hollow, My Days Are Empty, My Life Is Devoid of any joy while away from you. oh, how much I miss you”.

“No matter how many people contact you in a day, if the person you really care about hasn’t contacted you, you still feel lonely and sad”.

“You have two choices in life, staying down or getting up”

“Trying to forget you is like swimming against the current of the river. The harder I try, the faster I get tired and get swept back to you”.

“You have to take risks, you have to accept the change then only you will understand the miracle of life fully” 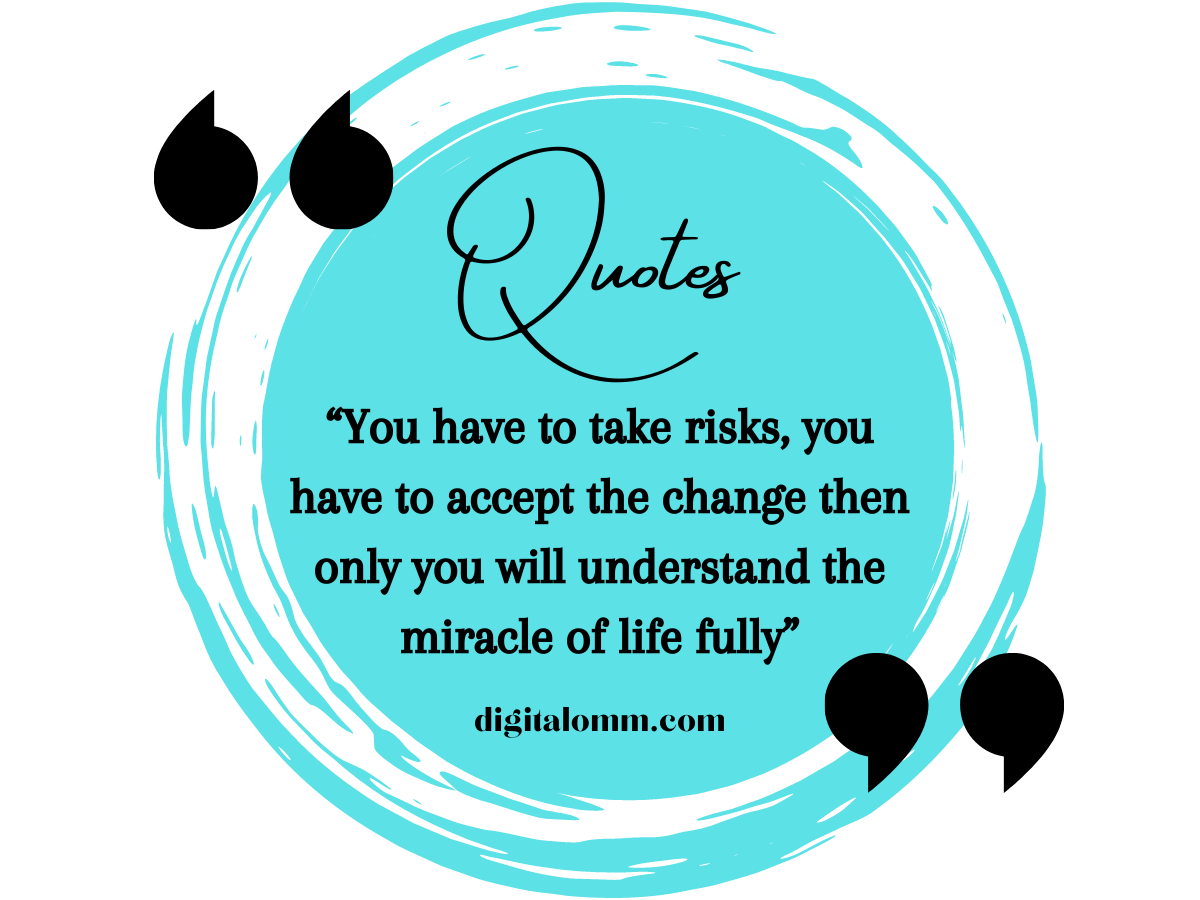 “In life, you will make friends, but only the true ones are there for you in your bad times”

”Good things take time so just be positive and patient”

“What’s broken can be mended, what’s hurt can be healed. No matter how dark it gets, the sun’s gonna rise again”

“It’s hard to begin the new chapter in life when you know someone won’t be there, but the story must go on.”

“If you want to grow, give up everything that pulls you down”

“Whatever happened over this past year. Be thankful because that makes you stronger to face the future”

“Never forget the past because it’s always going to be part of my life, but I can learn from it and prepare for future” 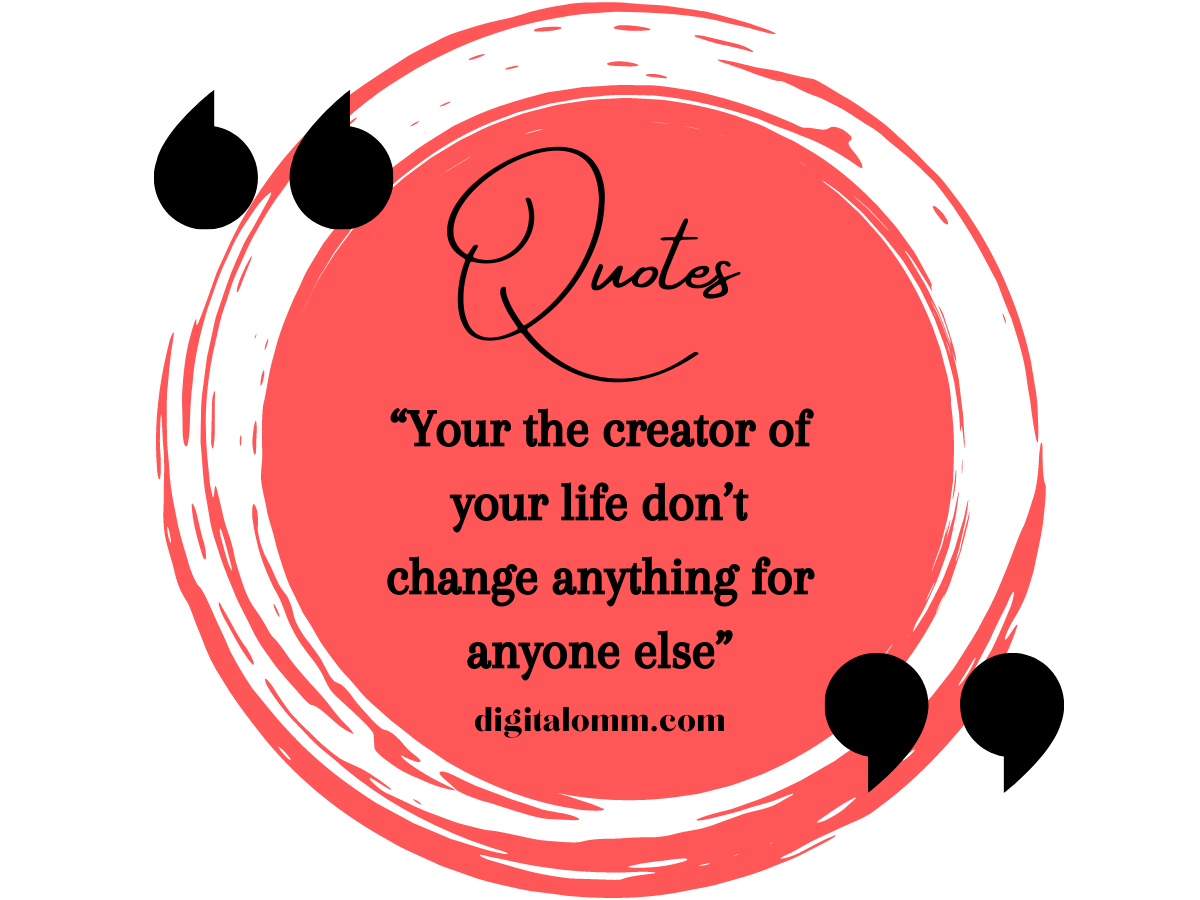 Also Read: Best Stay Strong Quotes and Stay Positive Quotes
“If there is no struggle life will be easy but without any adventures”

“You have two choices in life, staying down or getting up”“Never forget the past because it’s always going to be part of my life, but I can learn from it and prepare for future”

“When you think it is over just think why you started”

“Worrying tomorrow will ruin the peace of today”

“The most important money is the biggest thing and nothing more important than money in life”.

“If you have money everyone will be your friend if you don’t have money even your parents, brother, sister will give you an excuse to help you”.

“Time Will Say Everything Itself”.

“Life is a long journey where you will find thousands of miracles, notice them”

“Soon Or Later You Will Understand this lesson. Time will say everything Itself”. 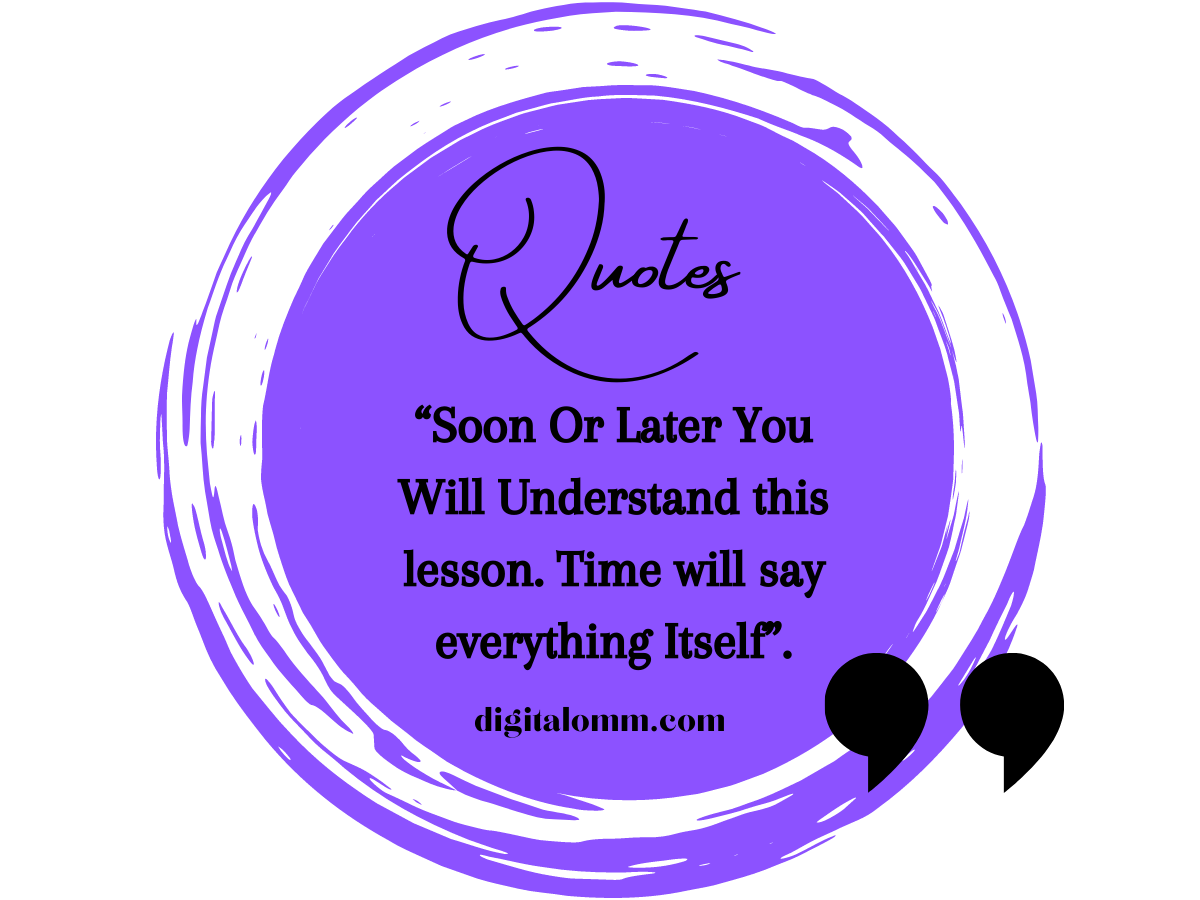 “Worrying tomorrow will ruin the peace of today”

“Sometimes life will play the game, either you win or lose but you have to put all your efforts”

“Don’t think of your heart as lonely, think of it as resting”

“Life is a long journey where you will find thousands of miracles, notice them” 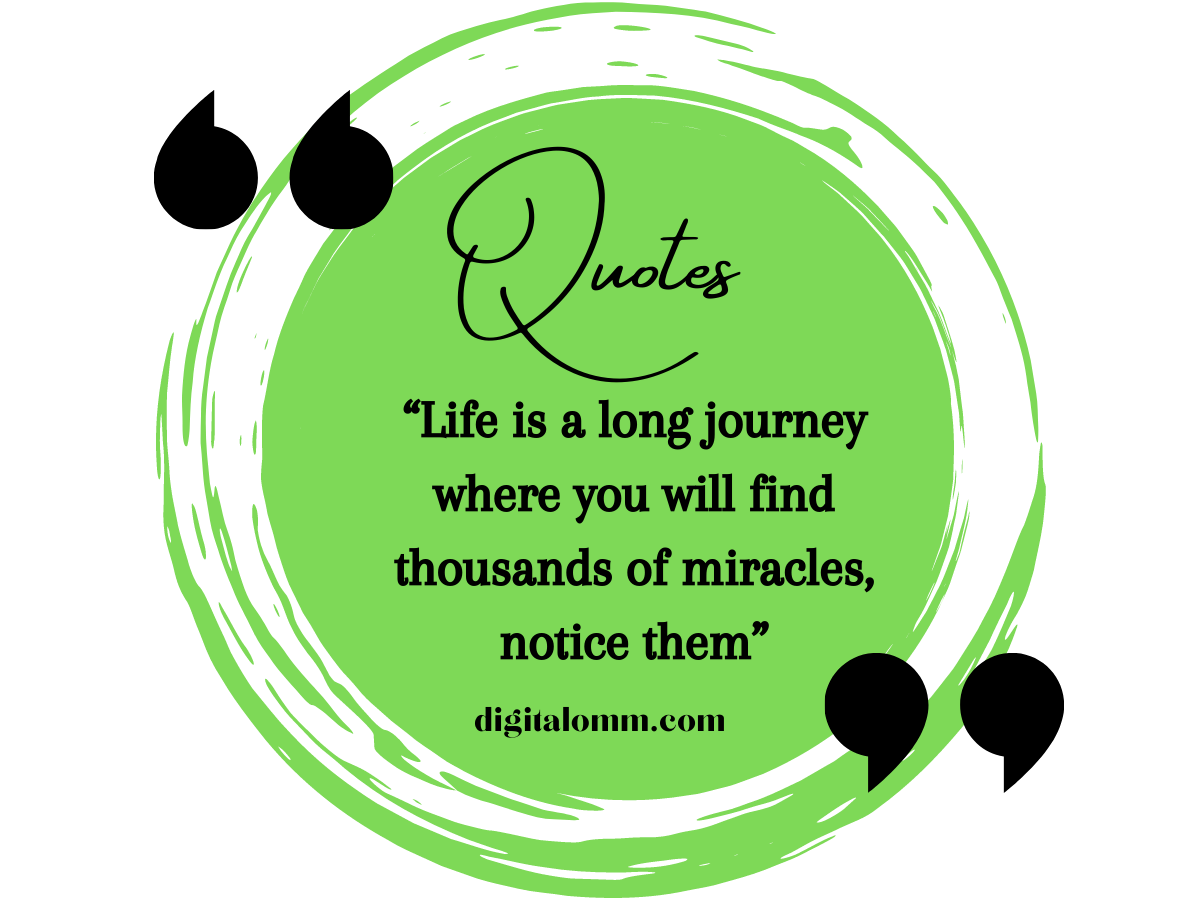 “Photos are the only way, to hold on to what you knew because the moments they show never change when the people in them do”

“Tears come from the heart not from the mind”.

“Tears shed for another person are not a sign of weakness. They are a sign of the pure heart”.