“Understanding, and action proceeding from understanding and guided by it, is one weapon against the world’s bombardment”. – James Agee

“Just because you don’t understand it, doesn’t mean it isn’t so.” – Anonymous

“Awaken the understanding within you.” – ATGW

“Only if we fought just as hard to understand as we do to disagree.” – Anonymous 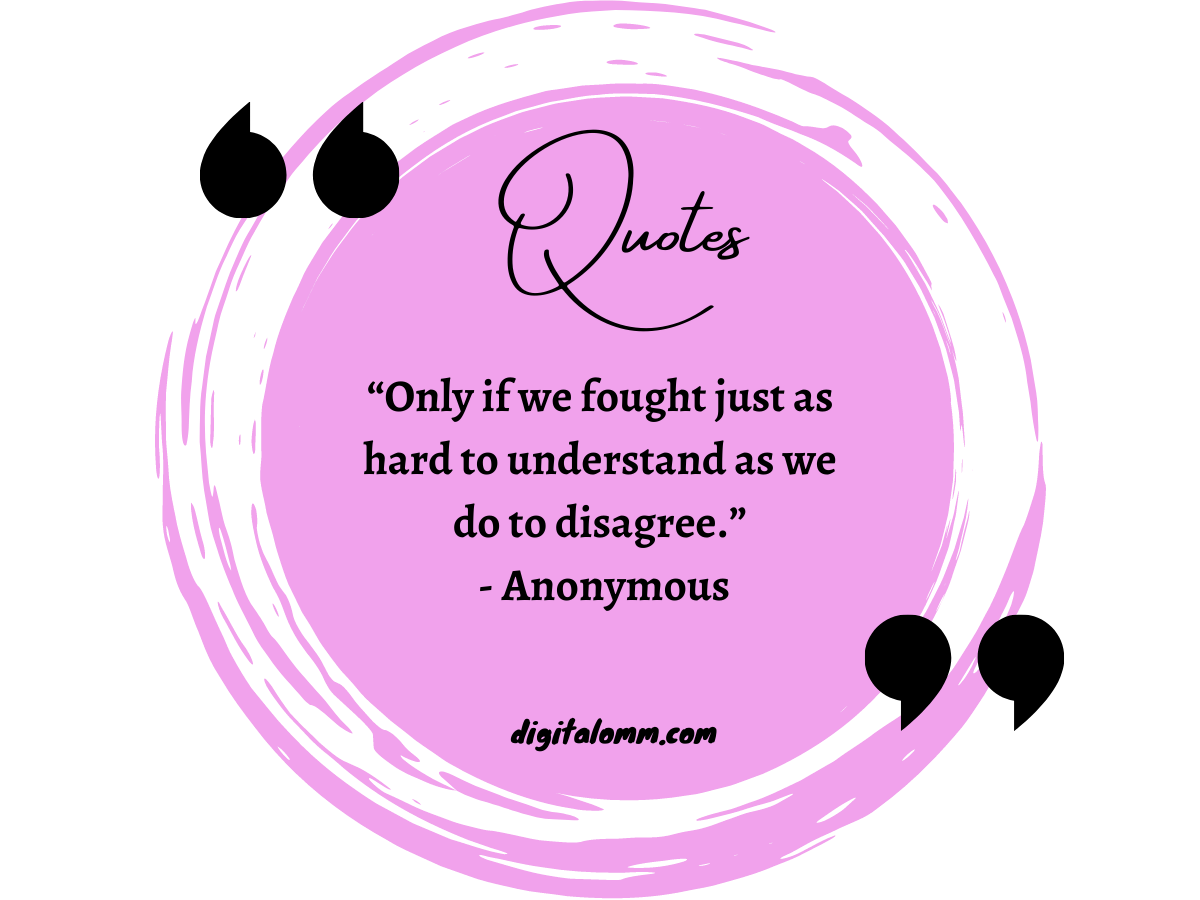 “Those who know, do. Those that understand, teach.” – Aristotle

“Understanding your past can help you create a better future.” – Robert Tew

“People will never truly understand something until it happens to them.” – Anonymous

“Speak your heart. If they don’t understand, the message was never meant for them anyway.” – Yasmin Mogahed

“Nothing is easier than to denounce the evildoer; nothing is more difficult than to understand him.” – Fyodor Dostoevsky

“Understanding your past can help you create a better future.” – Robert Tew

“Life is the first gift, love is the second, and understanding the third.” – Marge Piercy

“Be patient and understanding.” – Phillips Brooks

“Your pain is the breaking of the shell that encloses your understanding.” – Khalil Gibran

“If you know why, you can live anyhow.” – Friedrich Nietzsche 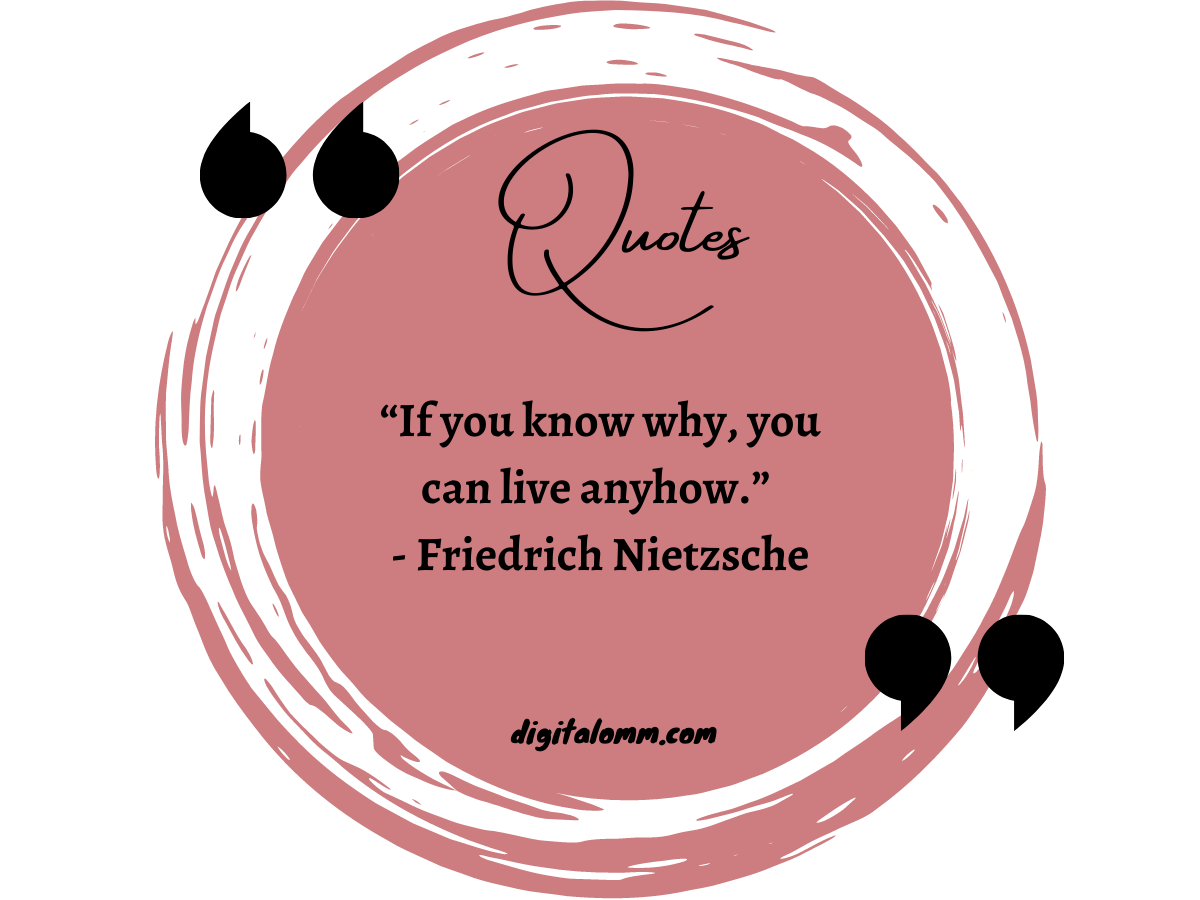 “Purpose is understanding why you do what you do.” Billy Cox

“Have faith and God will give you love, peace, and understanding.” – Anonymous

“Don’t you understand that we need to be childish in order to understand? Only a child sees things with perfect clarity, because it hasn’t developed all those filters which prevent us from seeing things that we don’t expect to see.” – Douglas Adams

“No one is perfect, that is why understanding is so important.” – Anonymous

“Understanding is a kind of ecstasy.” – Carl Fagan

“Only the development of compassion and understanding for others can bring us the tranquility and happiness we all seek.” – Dalai Lama

“The brain is like a muscle. When it is in use we feel very good. Understanding is joyous.” – Carl Sagan

“We are all unique. Don’t judge, understand instead.” – Roy T. Bennett 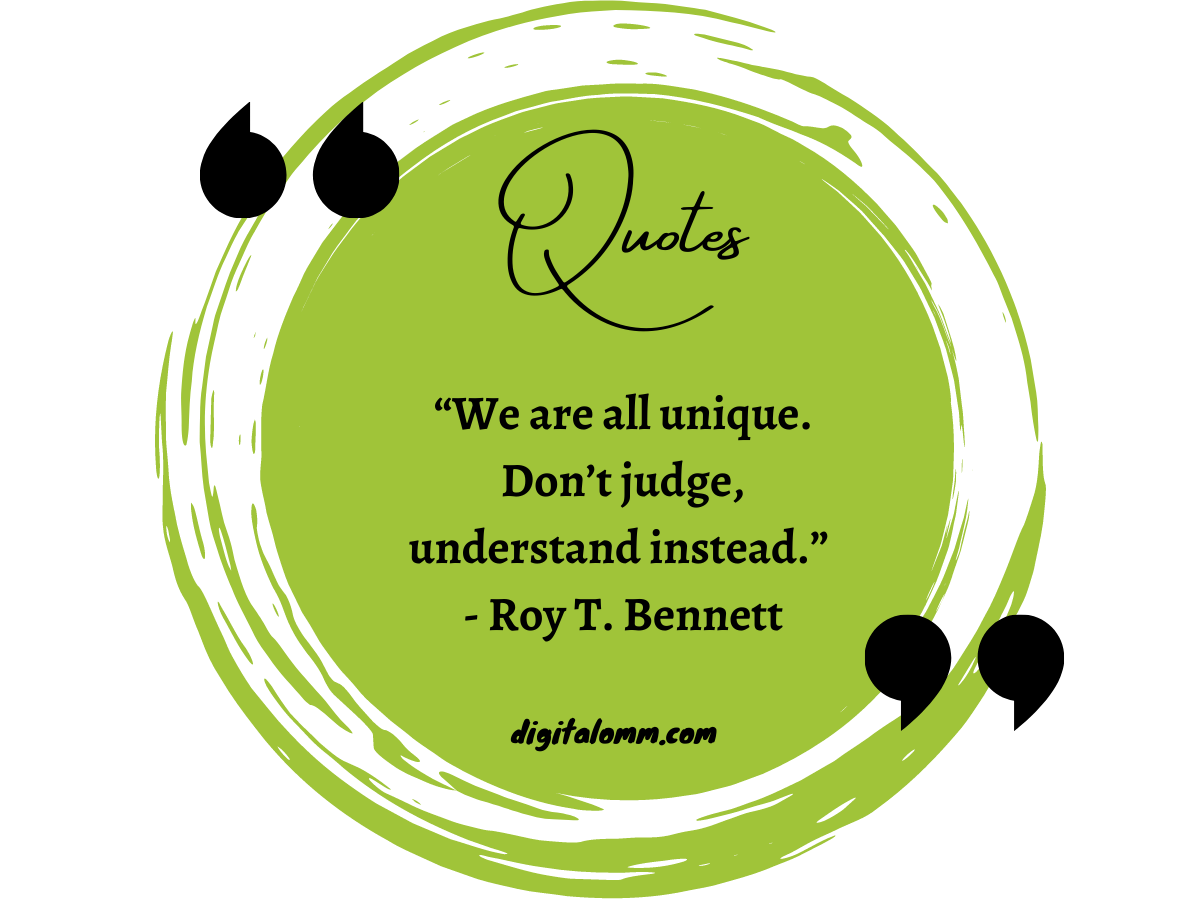 “Some hearts understand each other even in silence.” – Anonymous

“Everything that irritates us about others can lead us to an understanding of ourselves.” – Carl Jung

“Open-minded people don’t care to be right, they care to understand.” – Anonymous

“If you understand each other you will be kind to each other.” – John Steinbeck

“Do not seek the because – in love there is no because, no reason, no explanation, no solutions.” – Anaïs Nin

“Use whatever has come to awaken patience, understanding, and love.” – Jack Kornfield

“One of the tasks of true friendship is to listen compassionately and creatively to the hidden silences. Often secrets are not revealed in words, they lie concealed in the silence between the words or in the depth of what is unsayable between two people.” – John O’Donohue

“One of the most beautiful qualities of true friendship is to understand and to be understood.” – Seneca 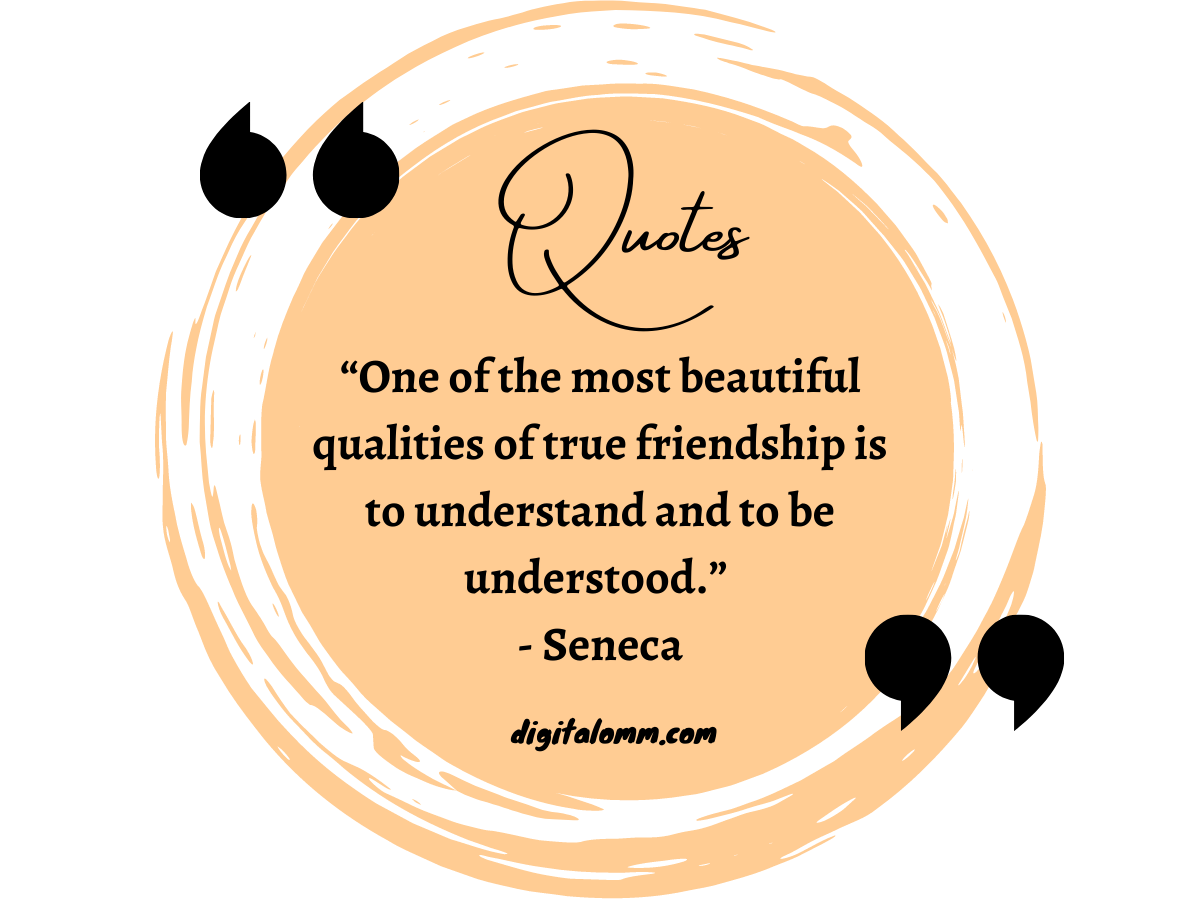 “When we honestly ask ourselves which person in our lives means the most to us, we often find that it is those who, instead of giving advice, solutions, or cures, have chosen rather to share our pain and touch our wounds with a warm and tender hand.” – Henri Nouwen

“If I know what love is, it is because of you.” – Herman Hesse

“Love does not dominate; it cultivates.” – Johann Wolfgang von Goethe

“Be the one who nurtures and builds. Be the one who has an understanding and a forgiving heart, one who looks for the best in people. Leave people better than you found them.” – Marvin J. Ashton

“You know it’s love when all you want is that person to be happy, even if you’re not part of their happiness.” – Julia Roberts

“You know you’re in love when you don’t want to fall asleep because reality is finally better than your dreams.” – Dr. Seuss

“Understand that you are capable of living the life of your dreams, so don’t settle for a life of mediocrity.” – ATGW 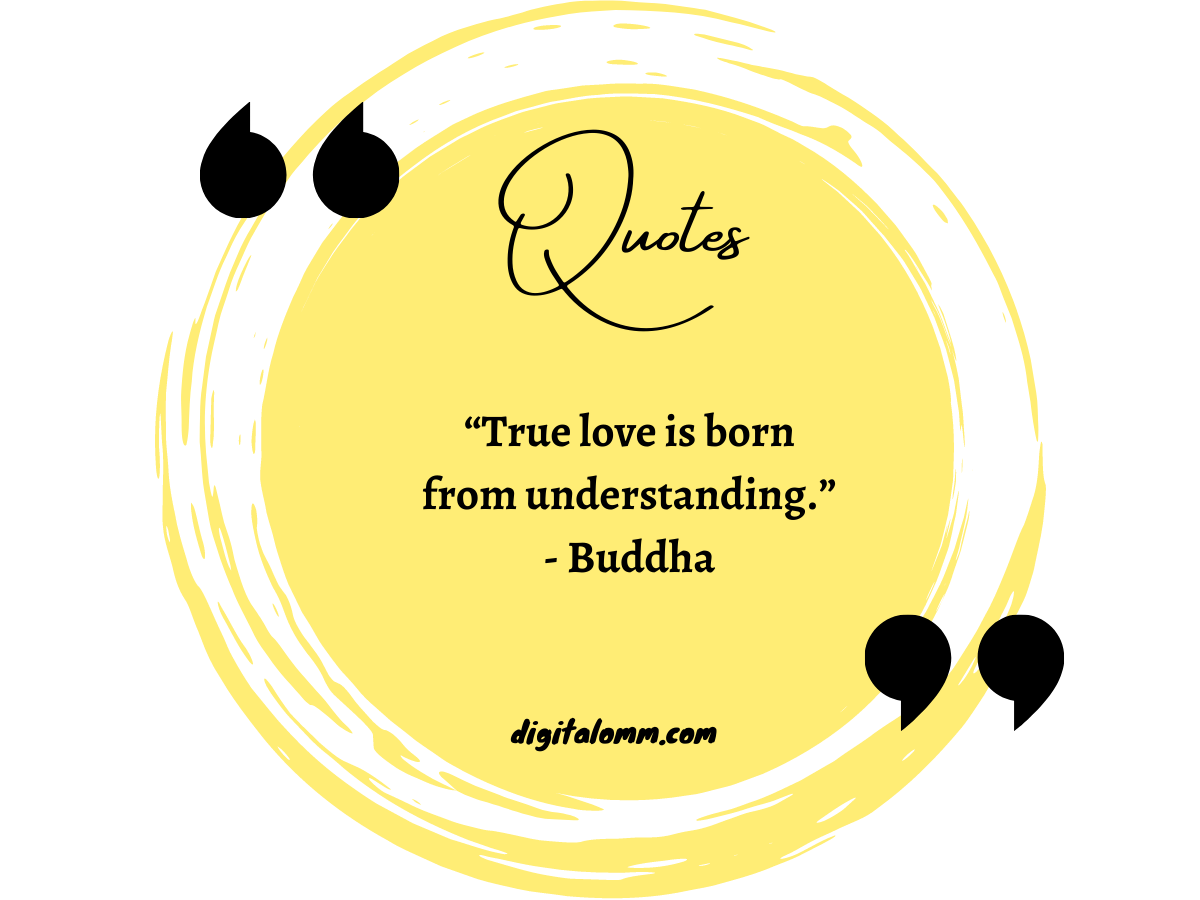 “There is power in understanding the journey of others to help create your own.” – Kobe Bryant

“Humility And Tolerance Are Not A Sign Of Weakness, They Are The Attributes Of The Strongest”.

“Make The Present The Most Perfect Moment Because That Does Not Return”.

“We Must Think Good, Speak Good And Do Good Only. Because All Returns Back To Us.”

“Listening is the beginning of understanding.” – Anonymous

“A liar will not be believed, even when he speaks the truth”. – Aesop

“For a successful technology, reality must take precedence over public relations, for Nature cannot be fooled”.  – Richard P. Feynman

“Better to be occasionally cheated than perpetually suspicious”. – B. C.

“It is my own fault if I am deceived by the same man twice”.  — Dr Thomas Fuller 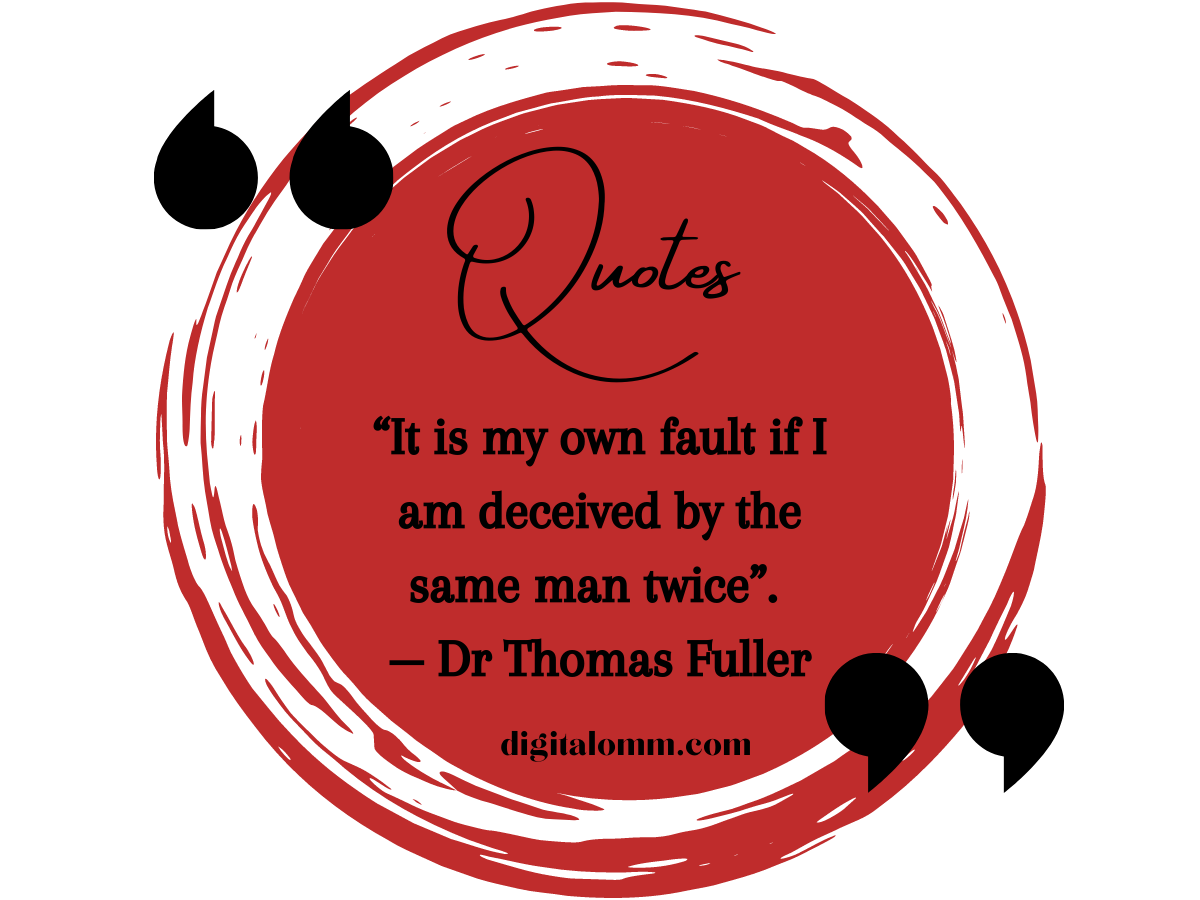 Also Read: Best 50+ Long Distance Relationship Quotes for Him & Her

“One lie has the power to tarnish a thousand truths.” — Al David

“A liar deceives himself more than anyone, for he believes he can remain a person of good character when he cannot.” — Richelle E. Goodrich

“Feelings are much like waves, we can’t stop them from coming, but we can choose which ones to surf.” — Jonatan Mårtensson

“The truly scary thing about undiscovered lies is that they have a greater capacity to diminish us than exposed ones.” — Cheryl Hughes

“Never cheat on someone who is good to you.” — Surgeo Bell 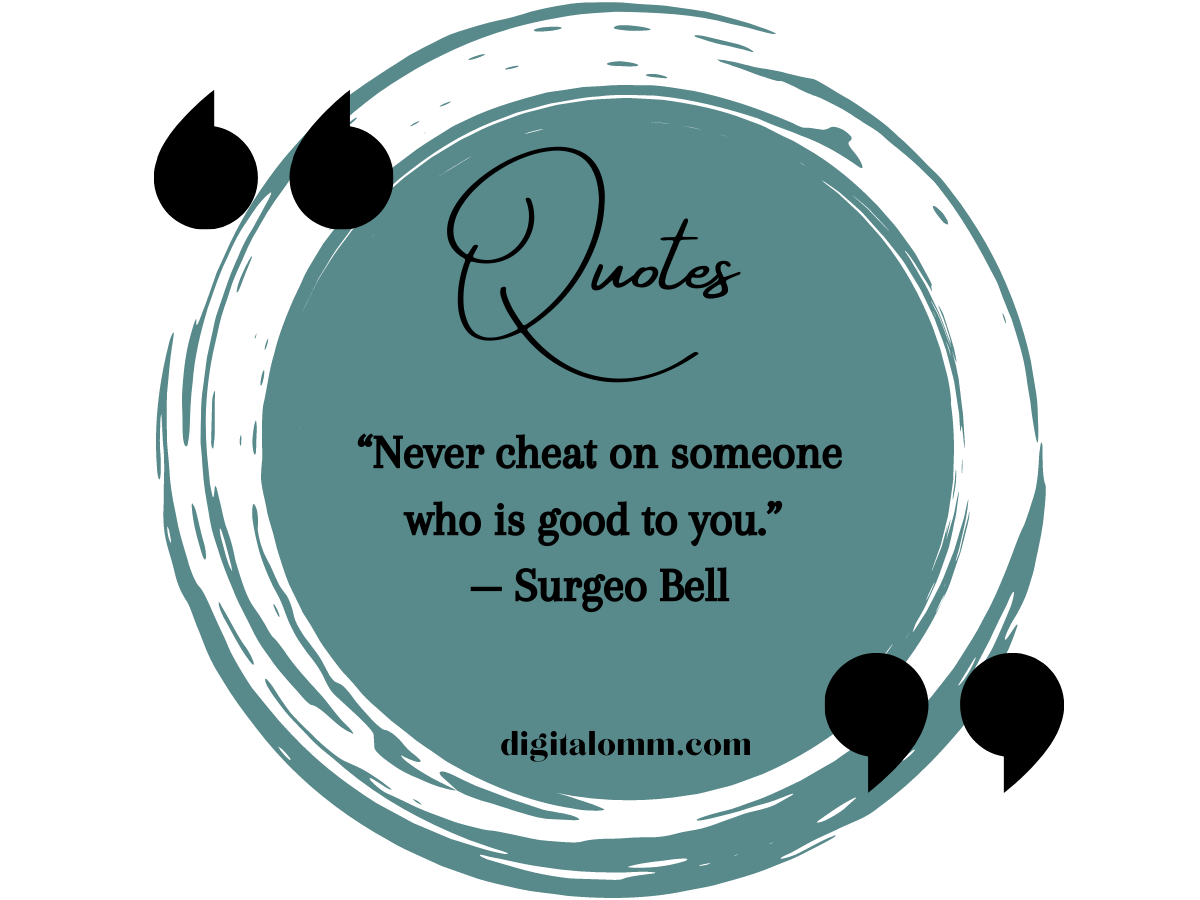 “Nobody has ever killed themselves over a broken arm. But every day, thousands of people kill themselves because of a broken heart. Why? Because emotional pain hurts much worse than physical pain.” — Oliver Markus Malloy

“Once a cheater, always a repeater.” — Melissa Edwards

“Cheaters don’t think cheating is wrong until they get cheated on.” — Sonya Parker

“Cheating is the most selfish thing a person can do in a relationship! If you’re not happy with the person you’re with then end it. It’s that simple!” — Jerry Springer

Quotes About Cheating for Her

“Real men stay faithful. They don’t have time to look for another woman because they are too busy looking for new ways to love their own.”

“A relationship is only made for two. But some bitches don’t know how to count.”

“All people have feelings; they are not there to be used. If you are no longer interested in someone, they have the right to be informed before you go and cheat or go looking elsewhere.”

“I refuse to be subjected to your mind games and lies. I will not play a part in your constant drama. You will not manipulate me, nor will you control me.” 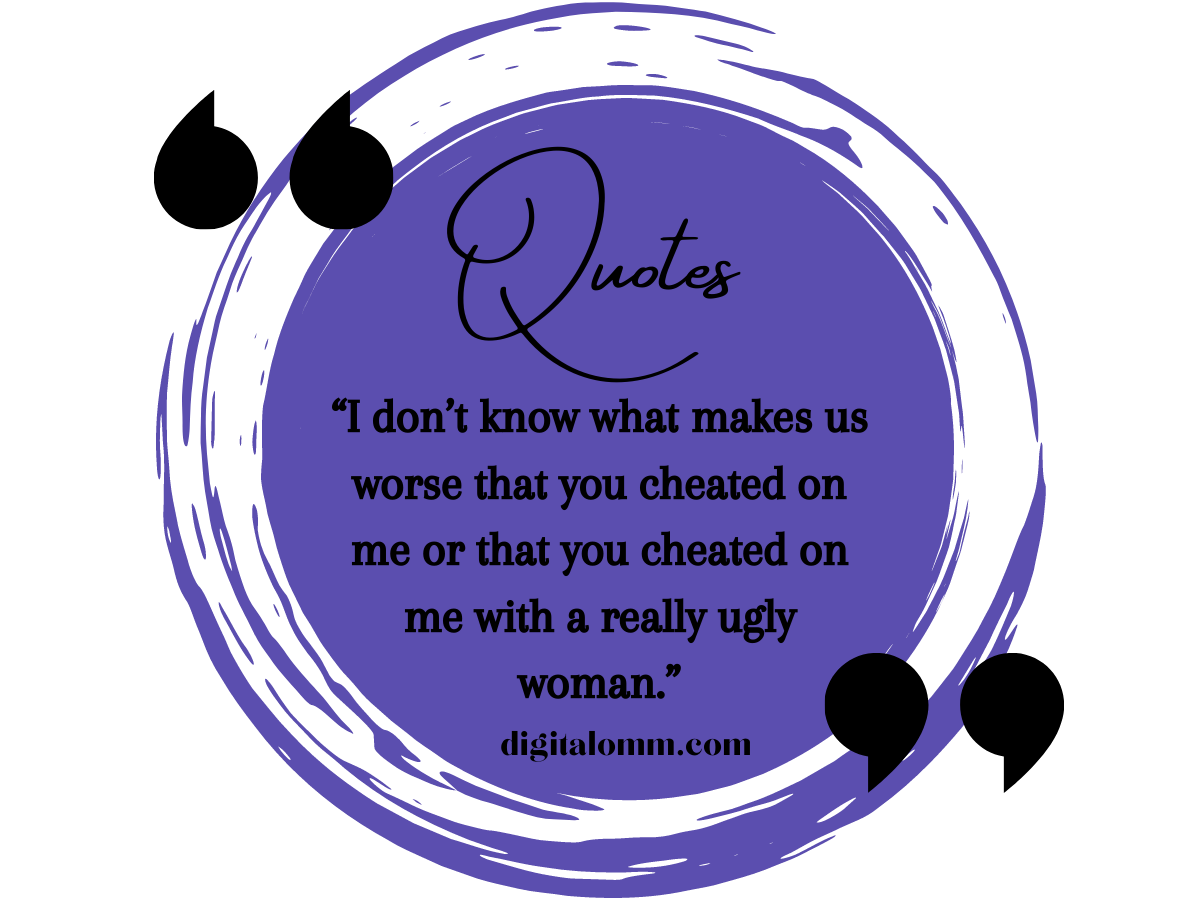 “I trusted you, but now your words mean nothing to me because your actions spoke the truth.”

“Cheating was easy, but impossible to take back.” — Dean Osborne

“Cheating is the most disrespectful thing one human being can do to another. If you aren’t happy in a relationship, end it before starting another one.” — Abhishek Tiwari

“It was a mistake,’ you said. But the cruel thing was, it felt like the mistake was mine, for trusting you.” — David Levithan

“Infidelity is mentally, emotionally, and physically painful to the betrayed spouse. Be gentle with yourself as you heal.” — Dr. Karen Finn

“What irritated me most in that entire situation was the fact that I wasn’t feeling humiliated, or annoyed, or even fooled. Betrayal was what I felt, my heart broke not just by a guy I was in love with, but also by, as I once believed, a true friend.” Danka V.

“Virtually all women will always carry the scars and a deep sense of loss and grief from the betrayal. Time is the salve on this journey towards forgiveness and healing because it is also a process of grieving.” Meryn G. Callander

“If you spend your time hoping someone will suffer the consequences for what they did to your heart, then you’re allowing them to hurt you a second time in your mind.” Shannon L. Alder

“The shattering of a heart when being broken is the loudest quiet ever.” Carroll Bryant 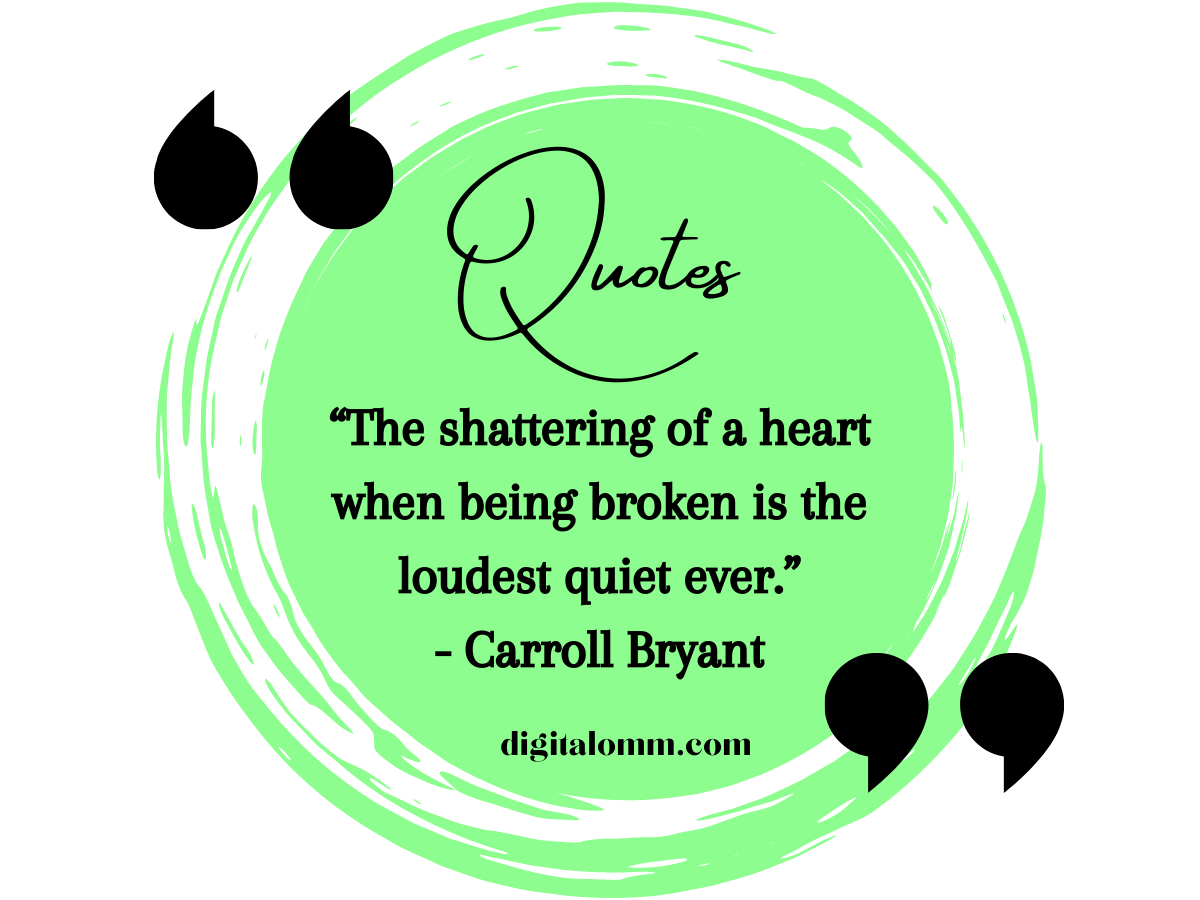 “People suffer all their life long, under the foolish superstition that they can be cheated. But it is impossible for a person to be cheated by anyone but himself.”

“No one can cheat you out of ultimate success but yourself.”

“The history of persecution is a history of endeavors to cheat nature, to make water run uphill, to twist a rope of sand.”

“I don’t think you endorse something by purchasing it if it’s the only game in town in terms of an effective machine, and the lowest price available,”

“To cheat a man is nothing but the woman must have fine parts, indeed, who cheats a woman”

“When I consider life, ’tis all a cheat. Yet, fooled by hope, men favour deceit trust on, and think to-morrow will repay to-morrow’s falser than the former day.”

“I could never hurt him enough to make his betrayal stop hurting. And it hurts, in every part of my body.” Veronica Roth 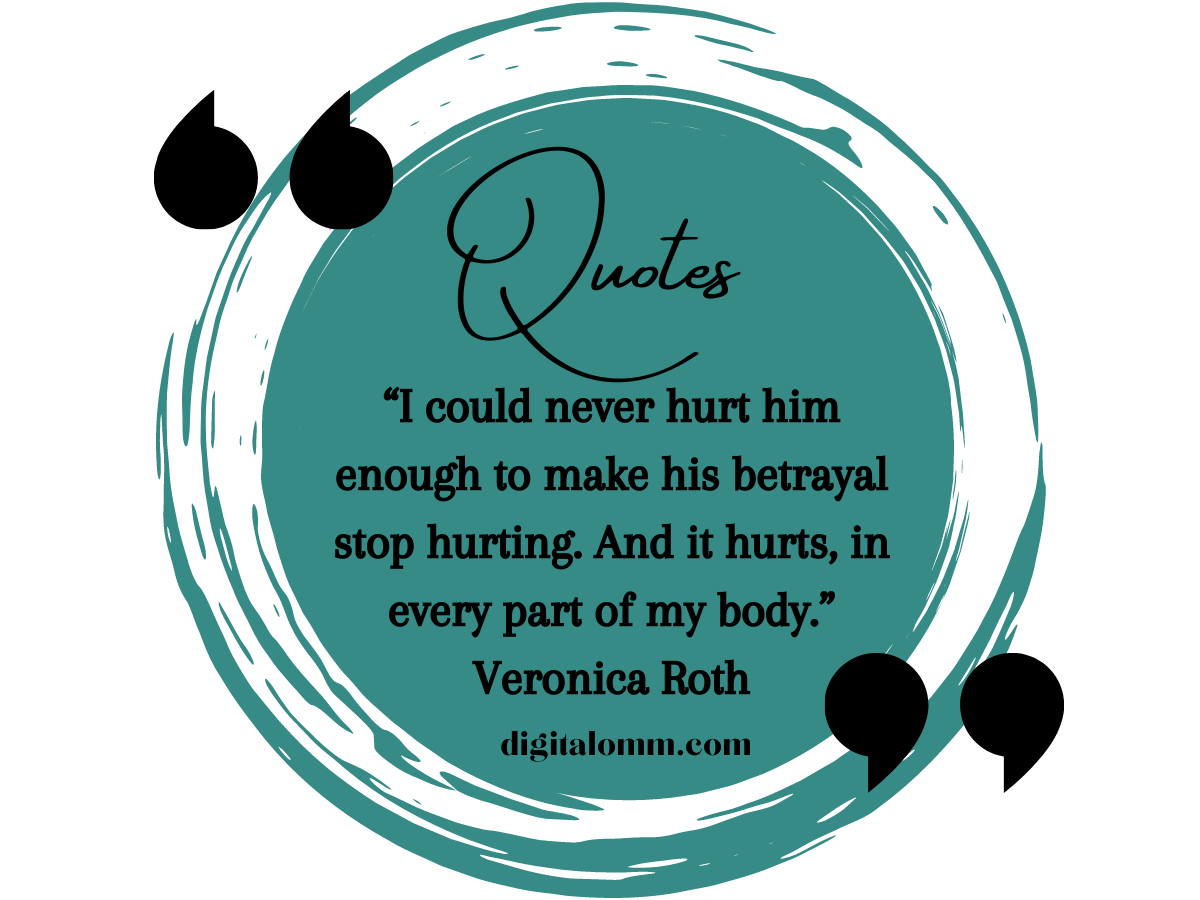 “Seriously, if the bastards cheat on you, then they don’t deserve you anyway. If that’s a legit fear, then you probably shouldn’t be with them, to begin with.” Kody Keplinger

These were the most used boyfriend cheating quotes that I could come up with. Hopefully, you liked them all.

“There is no such thing as an affair that doesn’t mean anything.” Amanda Robson

“Shame, blame, disrespect, betrayal, and the withholding of affection damage the roots from which love grows. Love can only survive these injuries if they are acknowledged, healed and rare.” Brené Brown